Surrounded by nature, calm and silence 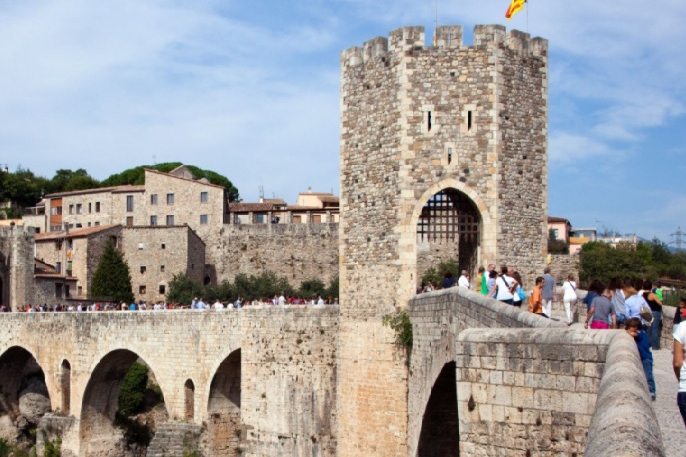 Medieval villages, walks through nature, hikes among volcanoes ... La Garrotxa is one of the most diverse areas that surrounds us, a place traditionally of strong people, where everything was more difficult due to the isolated situation of many populations . Today we will discover this magical environment. 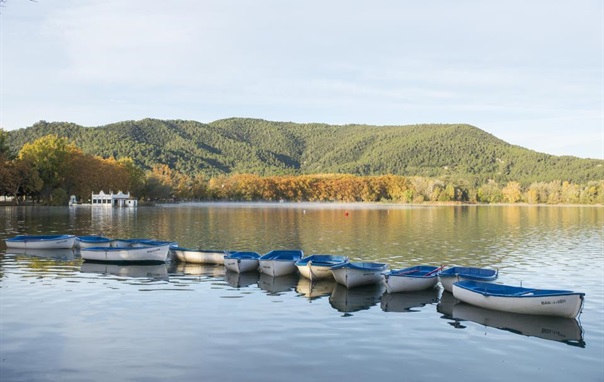 After leaving our small rural hotel towards La Garrotxa, we will stop for a moment in the capital of Pla de l’Estany, Banyoles. This space, which became famous around the world as the scene of the 1992 Barcelona Olympic Games, decided to bet on turning its lake into a meeting place for sport lovers of all kinds. This is why in the vicinity of the water we will have the opportunity to follow a signposted route for walking, running or cycling. It is also possible to swim in the lake or even practice activities such as kayaking.

The presence of the Neolithic Park of La Draga stands out just to the northwest of the lake. It is an ancient Neolithic town dating back more than 7,200 years- Currently you can visit and see reproductions of old cabins that were found in the place, thus being able to imagine what life was like at that time. 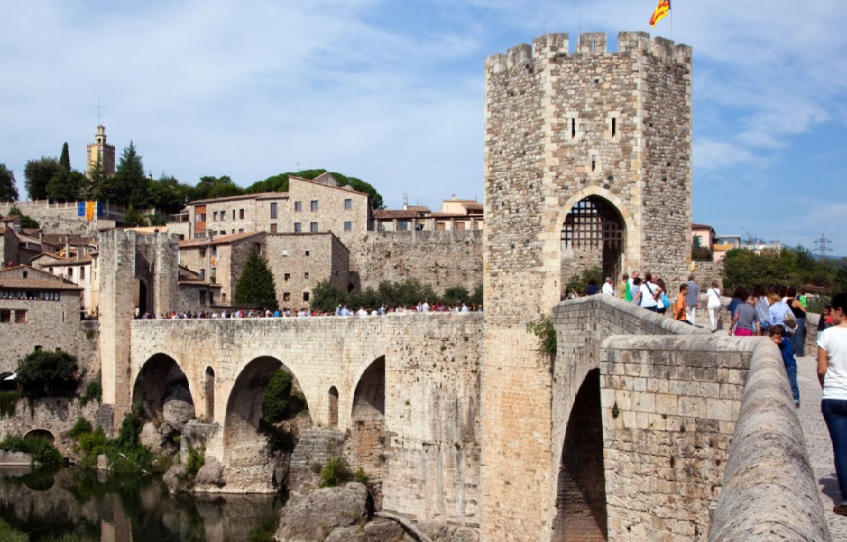 A first look at the gate that protected Besalú already shows without a doubt that you are in front of one of the most important fortifications in the territory. We find the origins of Besalú in the year 965, in which it talks about Bisulduni.

Although remains from around 250 BC have been found, Besalú began to stand out during Roman times, becoming an important marketing center due to its location near the Via Annia. The center of the site was on top of Mount Santa María, where the castle of the counts was later built.

Besalú lived through a very unstable medieval period. During the crusade against the Crown of Aragon, which took place between 1283 and 1285, Felipe III of France had to flee from Ampurdán and retreat to Besalú. Earlier, however, he sent 2,000 knights to try to control the city where he believed he would meet Pere III the Great. Besalú not only resisted the attack and forced the soldiers to flee, Albert de Mediona also organized his troops to attack the French in la Bianya valley to ensure that they marched more weakened. With the definitive withdrawal of the French in the War of the Armagnagueses, in 1390, the inhabitants of Besalú were compensated with privileges and exceptions.

But the warlike adventures of this fortress do not end here: during the War of the Remensas (which we will talk about in more detail and context on the route through the Llémena Valley), Besalú played a very important role. The armies of peasants, who had managed to control Castellfollit de la Roca, besieged the walls of Besalú, but never managed to cross them by force. However, the remensas peasants, under the orders of Verntallat, ended up controlling a good part of La Garrocha, isolating Besalú and forcing them to surrender. From that moment on, Besalú changed its owners several times, passing through nobles like our neighbor Bernat Gilabert de Cruïlles or even King Joan II.

If we go into the old town, we will first cross an imposing Romanesque bridge that crosses the river Fluvià. Despite its origin, the construction had to be rebuilt and reformed over the years, it is even considered that several downpours forced the inhabitants of Besalú to change its layout.

The Church of Sant Vicenç de Besalú is one of the oldest buildings in the town that remain, although it has been rebuilt several times, it is believed that its origin is prior to the year 977, and its last modification dates back to the centuries XII and XIII.

Regarding the Castle of Besalú, it was built on the mountain where we now find the ruins of the church of Santa María. With a presence closely linked to the time of the County of Besalú around the year 957.

Finally, regarding the monastery of Sant Pere de Besalú, it was founded in 977 by the Count of Besalú Miró Bonfill, where he transferred the relics of Saints Prim and Felicià d’Angen. However, the temple that we see today is a reconstruction made in the year 1060, because initially it was located on the outskirts of the city walls.

We cannot leave Besalú without remembering and highlighting its Jewish past. We find in the old town the remains of an old medieval synagogue dating from 1264, the micvé (ritual baths) and the prayer room. Declared a Cultural Asset of National Interest in 2013, this space is one of the few synagogue groups that can be found throughout Europe. 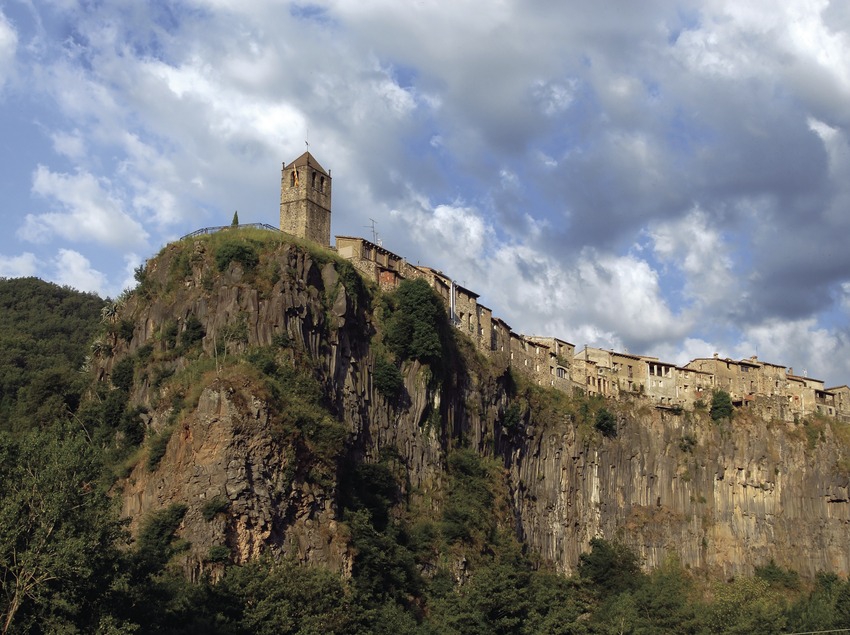 Castellfollit de la Roca is a town that must first be admired from afar. The constructions near the precipice on two overlapping lava flows, one 217,000 years old, and the other 192,000 years old, offer a unique image that perfectly combines what La Garrotxa represents: nature, medieval past and volcanoes.

Located on the Roman road Annia, of which we have spoken in Besalú, this town sees its origins at the end of the 11th century, when it belonged to the Viscounty of Bas, which was part of the county of Besalú.

The Santapau family, of whom we will speak later on this route, were the lords of Castellfollit, and it was at that time, in 1428, that an earthquake destroyed practically the entire population.

Subsequently, a marriage made Castellfollit become the property of the Cruïlles de Santapau in 1460 (exactly, the tentacles of the Cruïlles not only extended through the Baix Empordà, but also through the Garrotxa and the Girones). Only two years later, in 1462, as we have explained in Besalú, the remensas peasants occupied the population to control the entire Garrotxa.

Castellfollit was an important place of passage, a small town but strategically very important to guarantee the control of the Garrotxa territory, for this reason the fight for its control was a constant throughout its history. But this small place was not only a strategically important space, its close link with the volcanoes aroused the interest of Antoni Gaudí who, taking advantage of the fact that it is the only active basalt quarry in the peninsula since the 19th century, used the material to build the columns of the Park Güell.

If we go through the old town, we will see in the background in the space of the old cemetery, a square with a terrace that offers us a panoramic view of the entrance to La Garrotxa. Just behind the group of houses, we find the church of Sant Salvador that, despite being from the 13th century, an earthquake that took place in the 15th century and its destruction during the Spanish Civil War, made the population decide to build it in another part of town. Currently this ancient temple is used as a cultural center that, with a late Renaissance style and a square bell tower, acts as the ideal symbol to represent the pride of those who lived in this special place.

Already within the Natural Park of the Volcanic Zone of La Garrotxa, we find the small town of Sant Joan les Fonts. This space offers us an old town that reminds us of its medieval past, such as the bridge, the fortress of Juvinyà or the group that formerly made up the church and the castle of Mont-Ros. Despite the fact that one of the main reasons for visiting the town is the lava flows that can be found.

If you want to see the lava flows, it is necessary to start a signposted itinerary, number 16 of the La Garrotxa Volcanic Zone Natural Park, fully signposted, and which allows us to choose between a short itinerary (20 minutes) or a long one (1 hour and 45 minutes). minutes).

Regarding the medieval old town of Sant Joan les Fonts, it is necessary to highlight the Juvinyà Medieval Castle, an old fortress that between the 12th and 14th centuries was the residence of the Juvinyà family. The church, which is what remains of an old Benedictine complex, is originally from the 12th century, and was declared an element of national interest in 1981.

And arrived at the heart of the Garrotxa, we find the town of Santa Pau. A small town known everywhere for the beans that are cultivated and that bear the name of the town. Very close to the volcanoes of Santa Margarida, Croscat and La Fageda d'en Jordà, this old town was the home of the Santa Pau family.

We find the first mention of Santa Pau in a document from 878, but it is not until 929 that we hear about its castle. In this document Oliba, lord of Porqueras and member of the family of the Castlans of Finestras, also adopts Santapau as his surname.

The Santapau family was one of the most important of the Catalan nobility, because they were related to their main families and were part of many struggles of the Crown of Aragon to expand the kingdom to places such as Sicily or Sardinia.

The Santa Margarida volcano is a good excursion if you do not want to waste a lot of time to be able to take advantage of the day of the route. With just over a kilometer uphill and the possibility of parking just below, it gives us the option of seeing this extinct volcano that has a crater of 2000 meters in perimeter and where we can find the hermitage of Santa Margarida de Sacot, the element of Romanesque origin that gives the volcano its name. 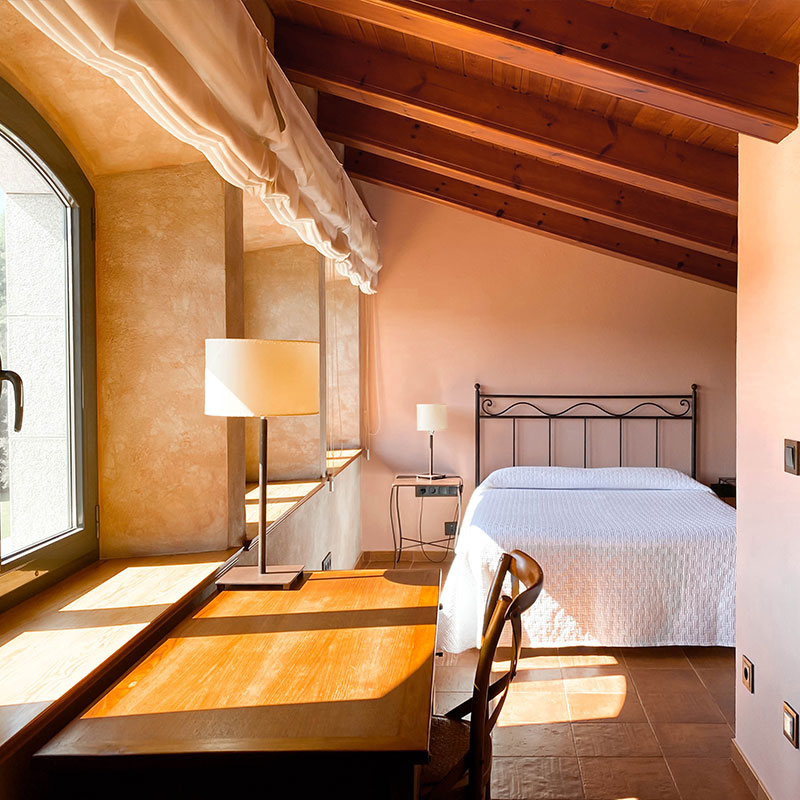 Take advantage of the discount code "mastrobat" by making the reservation directly with us and enjoy the best price.
Have you found a lower price elsewhere? Contact us! We will match it! 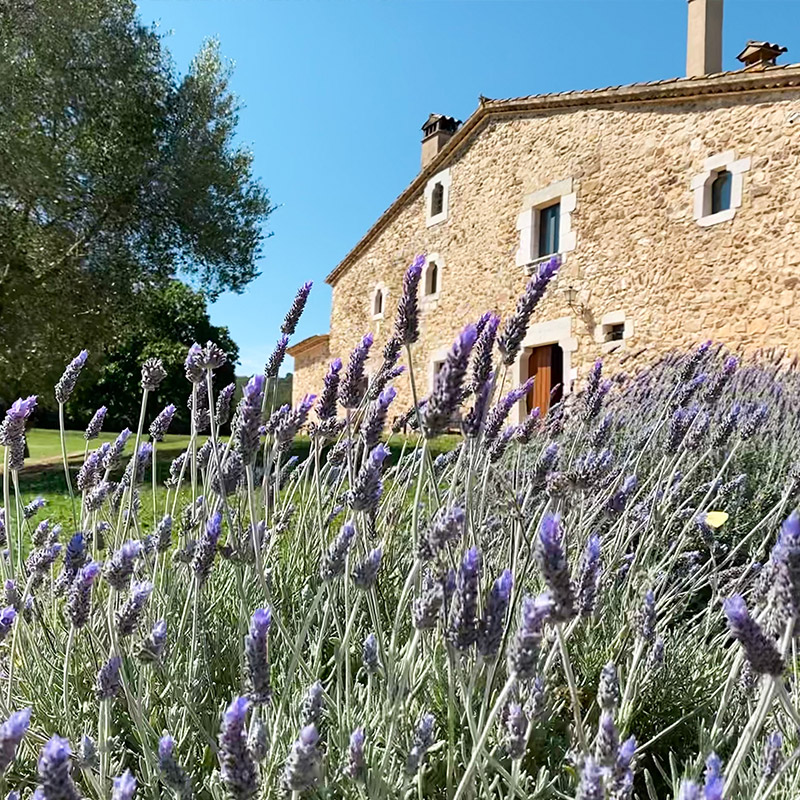 The website uses its own and third-party cookies to collect information that helps optimize your visit to its web pages. Cookies will not be used to collect personal information. You can allow its use or reject it, you can also change its settings whenever you want. You will find more information in our Cookies policy.

Through this control panel you can configure the cookies that this website uses. Some of these are essential for the proper functioning of the page, while others help us improve your experience by providing information on how the site is used. You will find more information in our Cookies policy.

Google Analytics
Analytical cookies help us improve our website by collecting and reporting information about its use.